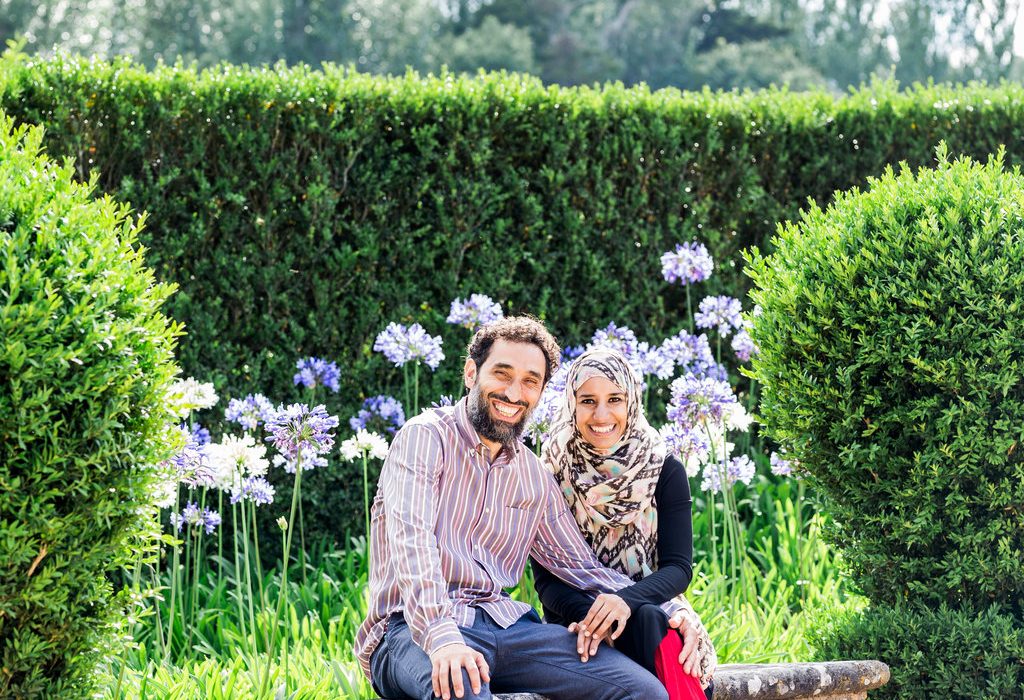 Life of an artist

How do I even begin a personal note like this?

Where do I even start from?

Ok, so we sort of had an arranged marriage. 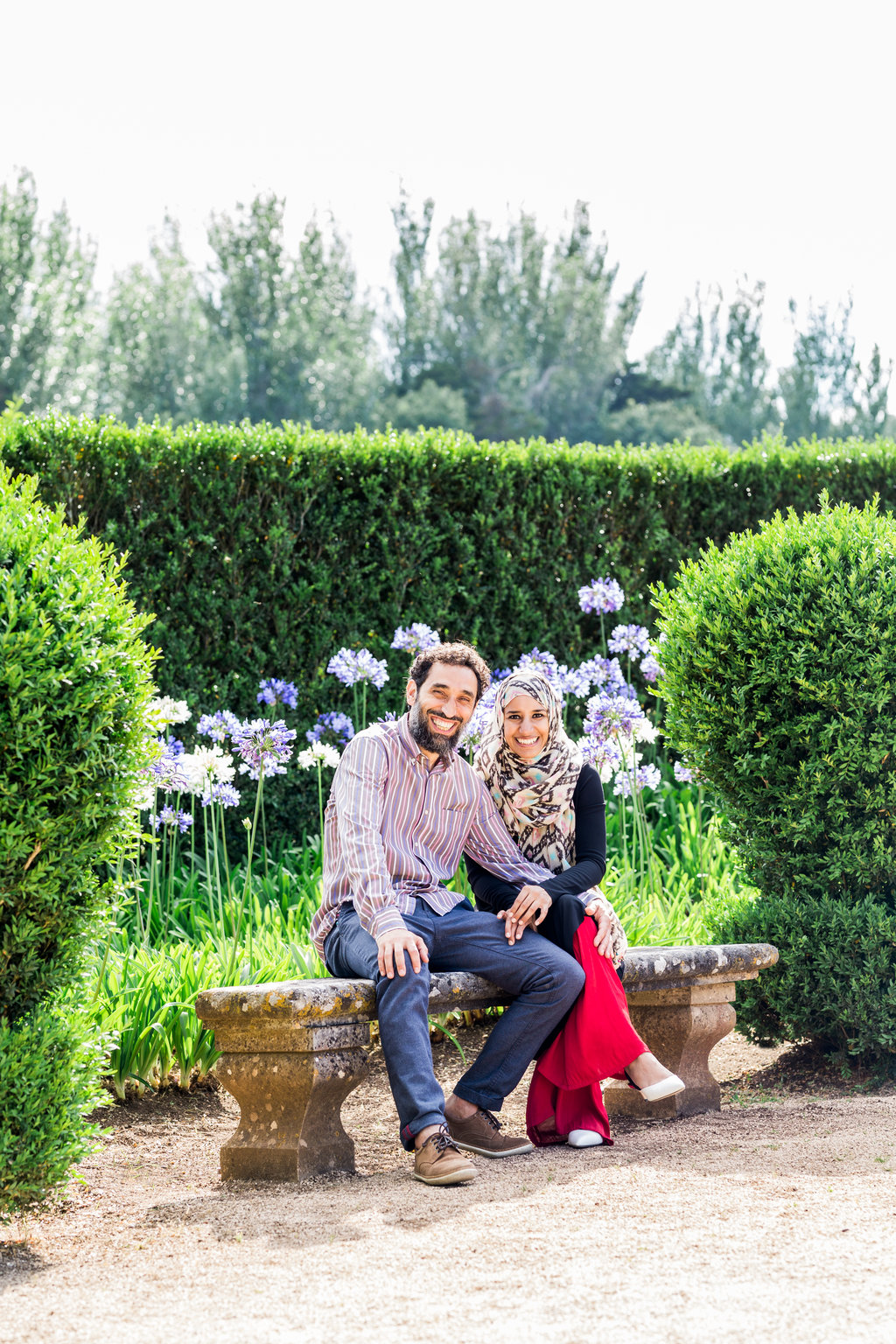 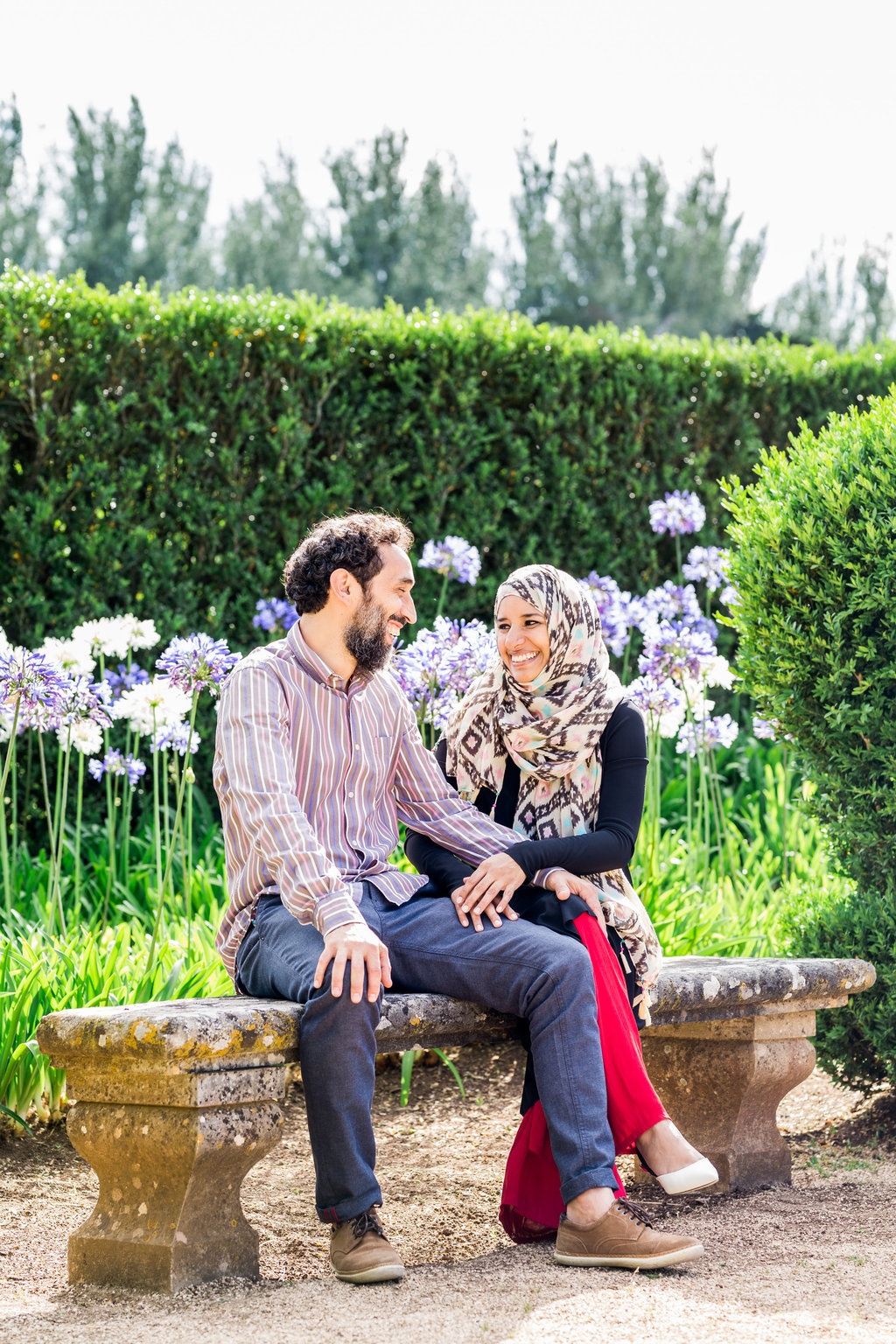 Today, I almost cannot believe it but I am so happy to be celebrating my 19th wedding anniversary. I thought I would take the opportunity to write a quick blogpost and celebrate by opening up and sharing our story, how we met and show you a few personal photos that are very close to my heart.

I thought I would start from my parents.

My parents are from Pakistan and they are cousins. My mum and her sisters were the first ones from their generation, entire family and community back then to be educated. All three sister, my mum included went to university.

My mum was studying chemistry, biology and physics when her father announced, that she was to leave her studies, marry my father and go to England to live for the rest of her life. This was at the age of 18.

She had never met my father, or seen him until after the wedding. It was like that for most people back then, especially in Pakistan.

Did I have an arrange marriage?

How did we meet?

I had always been in love with the actor Andy Garcia, I never dreamt that I would find my own version of him!

Now I was super ignorant back then. Even though I had had a few school trips around Paris and Amsterdam, when I heard my husband, LUIS MIGUEL, was Portuguese, I actually had no idea where that even was on the map.  Pre – internet days – shock horror, I reached for the Atlas and looked up where it was.

Even though we didn’t have an “arranged marriage,” and by the way I know so many couples that have had super marriages that way (yes I know that is not always the case), my husband and I were introduced through friends.

I was sitting on the steps upstairs and cheekily listening to his voice before I nervously went downstairs to meet him. I must admit I think I feel in love with his French accent immediately and that’s were it all started from.

I had always wanted to marry someone who was highly educated and had the same values as me. I was so happy to know that he had a first class degree in Maths and Physics and was now studying his masters in Material Science.

We actually only met twice in the company of our families, yes, that’s the truth, but somehow I knew he was the one and even though I was terrified and I mean petrified to the bone to take such a big leap, I knew this was meant to be. The more I spoke to him, the more I felt that the whole thing was right.

19 years ago, our wedding was so very, very simple. It really is a different world today and I didn’t have any of those choices back then. There was no social media, no Pinterest. Only the yellow pages, asking around and driving around to find beauticians, restaurants, florists.

We were not well connected back then. If you read this blogpost you will know why.

We had family but were not really in touch with them. My brother at the time was working in Switzerland ( my brother really was our families own version of James Bond – very dapper and jet setting all over Europe for work).

He gave me his card and happily remarked, “Do what you need to and organised the wedding.”

In the end our wedding was in a tiny little restaurant.

As you know it’s no secret that I wear a headscarf, most of my close friends did back then as well. We didn’t actually even know of any female photographers who could digitally shoot out wedding, so apart from a few quick shots here and there, which were really horrendous, and a little video we squeezed in, we had nothing to remember our wedding with.

Sadly,  I lost our diy wedding video and only had one or two little pathetic photos, so for a treat last year, we asked a wonderful team in Portugal, Passionate Wedding to take our photos. 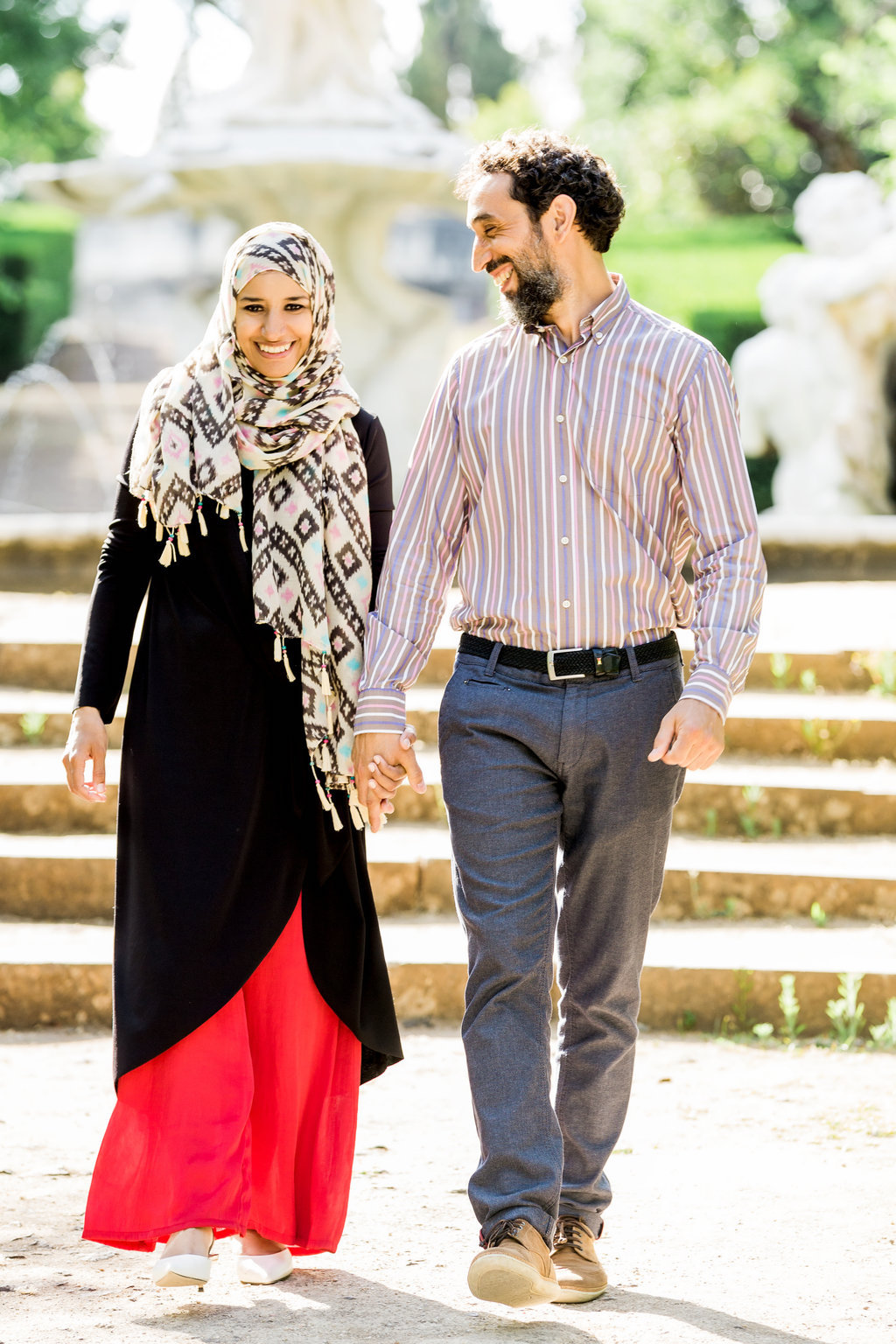 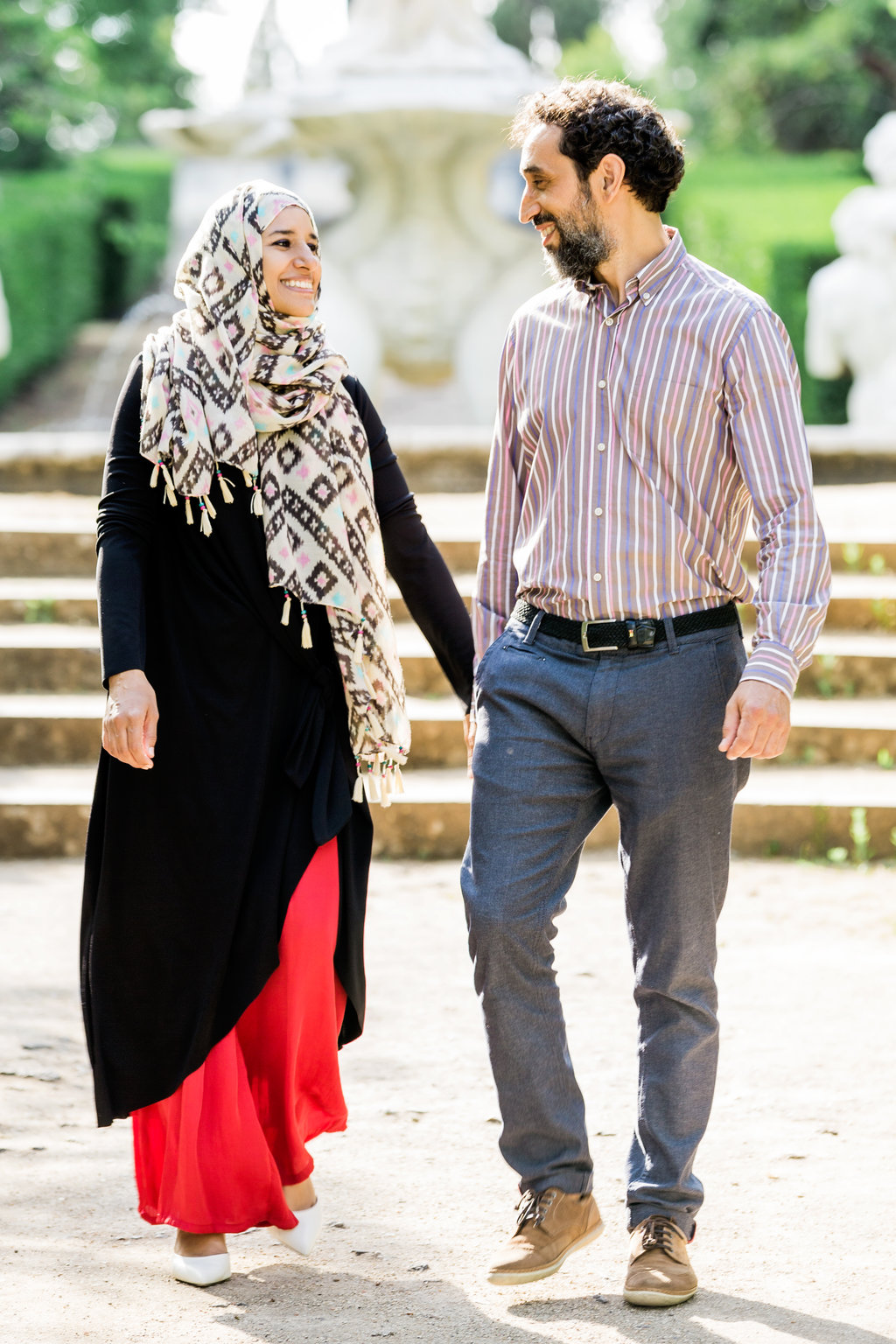 A Note About Marriage

It is not always a bed of roses

Our love is big, our moods are big and our fights can be big too!

My husband is the friendliest, loudest, more vibrant and spontaneous person I have ever met.

He compliments my personality in so many ways that it is unreal – I think that really helps.

We truly have been through many highs and lows together.

We’ve snapped at each other, we often show our worst sides and now after many years together I accept and value all of who my husband is.

But I would never want to be without him.

So much of who I am and my identity is tied up with him, that at times is it scary.

After visiting France and Portugal every year of our marriage, his family are now my family.

His family friends are now my family.

I would love to hear more about you –

IF YOU ARE MARRIED, WHERE DID YOU MEET?

HOW LONG HAVE YOU BEEN MARRIED?

If you aren’t married who would your ideal partner be?